Why are cats killed on roads?

As pets cats share their habitat with humans, therefore exposure to cars is very high. Especially in rural areas and in the peripheral areas of cities, it is common that cats can roam freely. Cats, especially un-neutered cats, often move several kilometers away from their home and cross many roads - often at dusk or night, where cats are even harder to detect.

Very often cats that have been run over are reported in the project. Since there are approx. 1.5 million domestic cats in Austria, the reported cats are mostly free-range domestic cats and only in exceptional cases wild cats. Typical characteristics, which often remain recognizable also with strongly destroyed carcasses, are paws, head and fur color.

How to identify a roadkilled cat?

In general cats are easy to identify. Characteristics that often remain recognizable even with heavily damaged carcasses, are paws, head and coat color. With the exception of wildcats there are no animals in our latitudes that could be easily confused with cats.
Wildcats, however, are difficult to distinguish from gray-tabby domestic cats. The most important features are shown in the chart below. Should you find a gray tabby cat and suspect it could be a wildcat, we ask you to document the spot exactly - our partners from Projekt Wildkatze sift the project roadkill database for wildcat entries to find out whether any wildcats are affected. 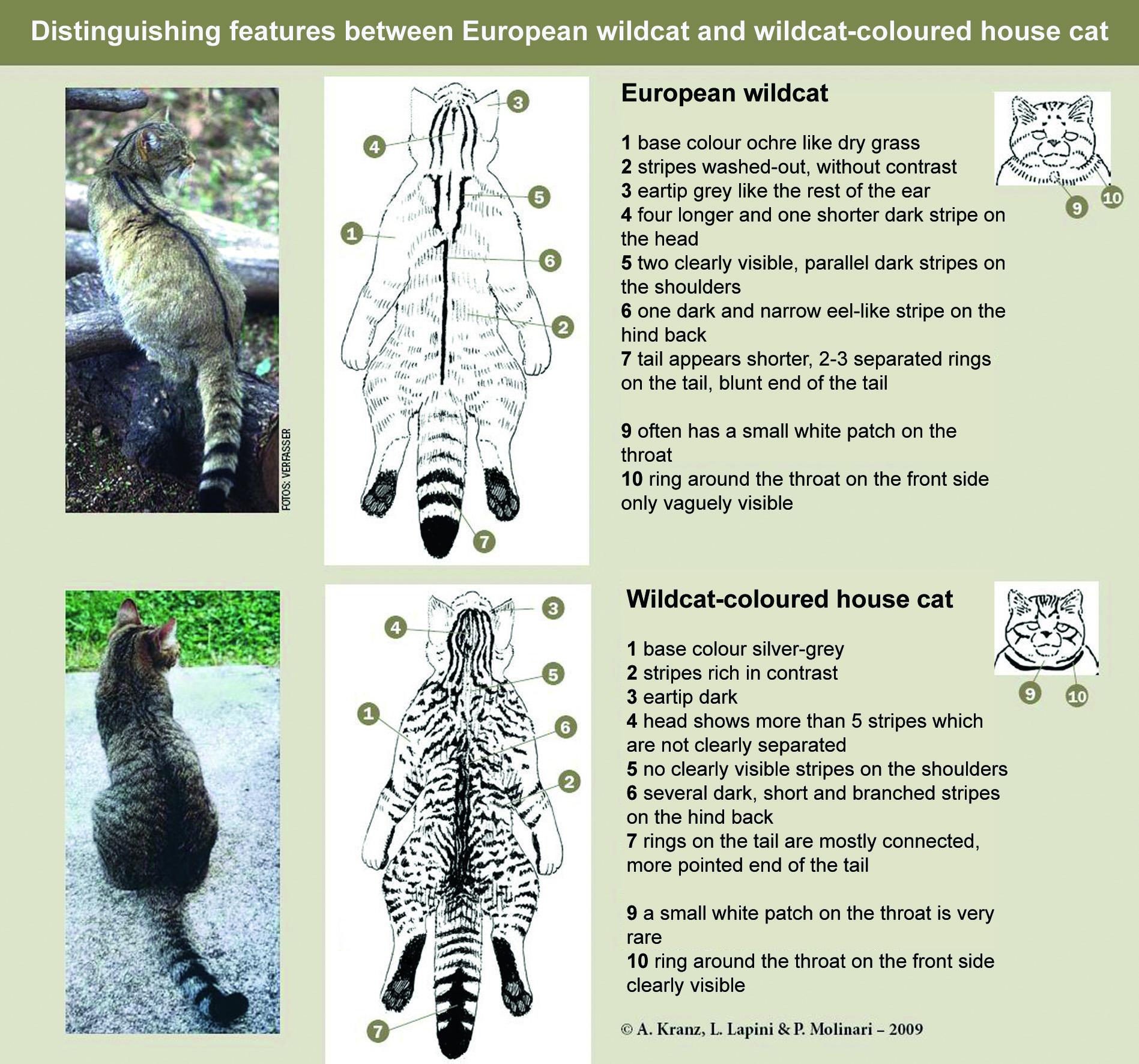 Why wild cats are killed on roads?

Wildcats have much larger territories, in females territories have an area between 300 and 600 hectares, in males between 1000 and 3000 hectares in size. The wildcat preferres habitat boundaries between forest and open countryside - open countryside exists in Austria almost exclusively where farming takes place. Therefore a proximity to the people and thus also to roads is present in the habitat of the wildcat.